Health officials on Wednesday reported an additional 26 cases, bringing the city and county’s total to 178, surpassing adjacent San Mateo County for the second-most in the Bay Area.

The Wednesday morning numbers likely did not include a positive San Francisco News test revealed by the San Francisco Police Officers Association later in the day. The SFPOA released a statement announcing a second officer has tested positive for COVID-19 a day after a sergeant assigned to the Special Victims Unit at the Hall of Justice tested positive.

SFPD said Tuesday the sergeant’s partner was also feeling ill and did not report to work on Monday or Tuesday, but it is unclear if the partner is the second officer to test positive. 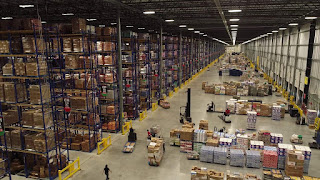 In his statement, SFPOA president Tony Montoya called on Mayor London Breed to implement a public safety fast-track testing protocol “similar or identical to the protocols used by the City of Seattle, Santa Clara County and the City of Los Angeles.”

Montoya also noted more than 200 New York police officers have tested positive for the novel coronavirus and more than 3,000 are out sick.

On Tuesday, San Francisco announced its first death related to COVID-19, a man described to be in his 40s with multiple underlying health conditions. San Mateo reported four new cases Wednesday morning, bringing its total to 165, but also four deaths. As of Tuesday night, the statewide death toll stood at 50, with 21 in the Bay Area.

As the state’s lockdown order enter its second week, San Francisco’s streets have been eerily empty, with more and more business windows boarded up. On Wednesday morning, officials closed City Hall to the public until at least April 7.