The city is using hotel rooms to isolate those who have been exposed, Breed said. One person is being treated in the hospital. 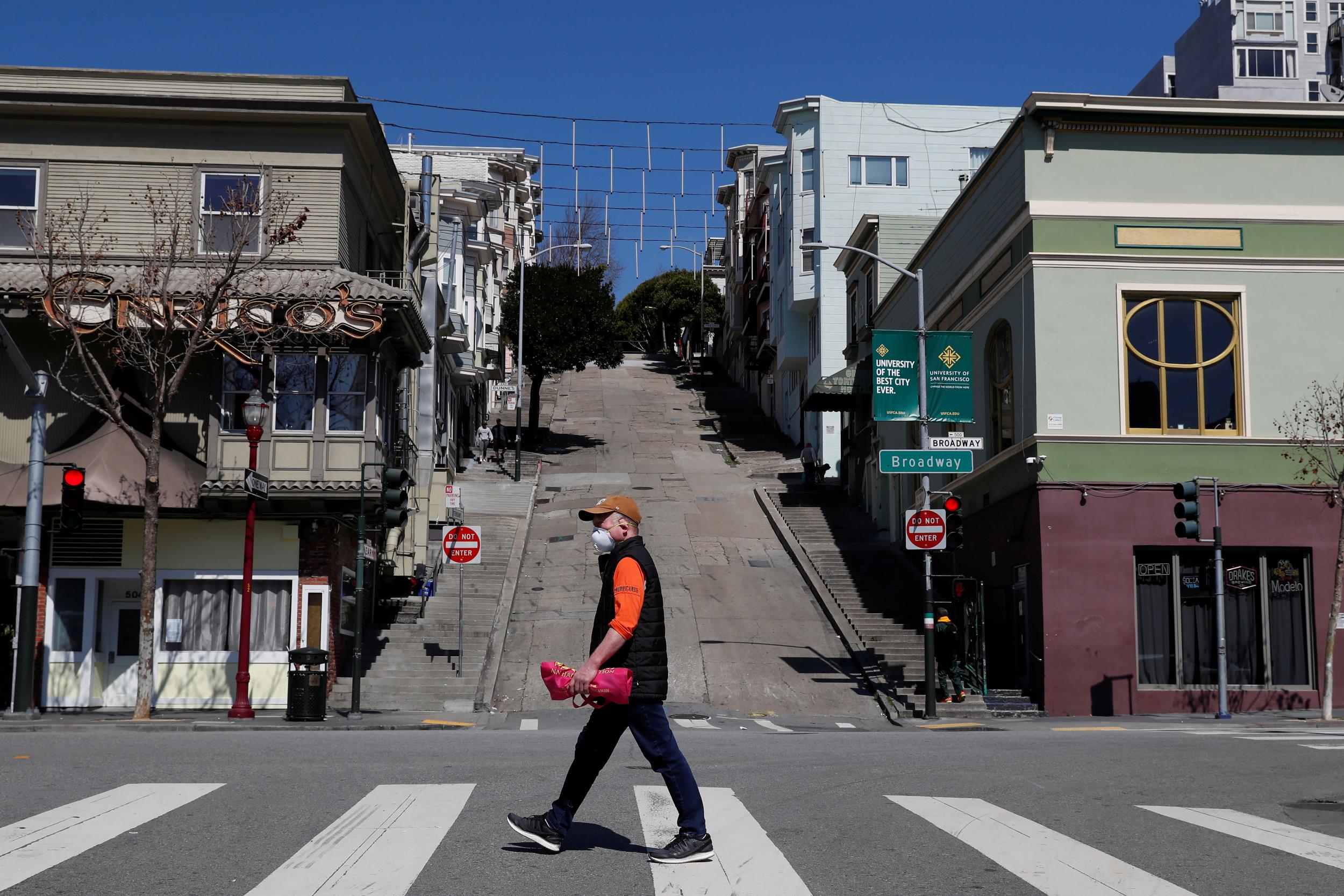 MSC South is the city's largest homeless shelter, located at Fifth and Bryant streets, with a 340-bed capacity. The shelter is being transitioned from a homeless shelter into a medical care facility to take care of coronavirus patients and staffed by Department of Public Health nurses and doctors.

The source of the outbreak dates back to Sunday when two guests at the shelter tested positive, explained Dr. Grant Colfax, head of the city's Department of Public Health. All guests and staff were tested for the virus. On Wednesday, five people had tested positive. By Friday, that number grew to 70.

In all, 144 guests and staff were tested, resulting in 70 positive results, 71 negative results and 3 still pending.


"We have always known from the data that this virus can take off quickly," said Dr. Colfax. "From the beginning, (our homeless population) was an area of concern and from the beginning of our response (they were) a prioritized population."

"Even before the pandemic, San Francisco and criticism of the mayor over handling of the homeless was a regular and routine issue," said ABC7 News contributor and Chronicle insider Phil Matier on Midday Live. "It's a difficult population and one that its health needs are very unique."

The number of confirmed COVID-19 cases in San Francisco rose to 797 Friday and the death toll rose to 13.

"The fact is the worst is yet to come," said Breed, warning the pandemic hadn't yet reached its peak in San Francisco.

She warned San Franciscans to continue practicing social distancing through the weekend to avoid spreading the virus throughout the community and free up medical resources.

"The fact is because so many of you are socially distancing yourself from one another, what happens is you're not getting infected, you're not showing up at our hospitals. The fact is because of what you are doing, we are able to move quickly to address an outbreak," said Mayor Breed. "We're able to redeploy medical health professionals to one of our shelters systems in order to ... take care of those 70 people who are infected. Because you're staying at home, you are making a difference."


"The beds are very close together...less than two feet apart," said TJ Johnston, who has been homeless in San Francisco for almost ten years and has stayed at MSC South shelter many times.

"It's quite easy to catch a cold in the shelters, so the fact that the coronavirus was able to spread in that environment comes as no surprise to me... I feel awfully sad that it has happened."

In order to stay healthy, TJ left a different San Francisco shelter a week ago, and is now staying in a hotel room paid for by friends.

"The city could have had the opportunity to de-concentrate or find alternate accommodations for the shelter population, when it had the chance," he said.

The 70 person outbreak means that 8.7% of San Francisco's come from one place - the MSC South Shelter.

As of Friday, 103 people remain at MSC South, a mix of COVID-19 positive and negative guests.

The 70 infected people are in isolation. The people who tested negative are being moved, many of them to hotels leased by the city.


"The city refused to move shelter residents before they became infected and this has led to a major shelter outbreak," said Jennifer Friedenbach, executive director of the Coalition on Homelessness

She's created a list of demands for the City.

Which is a tall order, according to Abigail Stewart-Kahn, interim director of the Department of Homelessness and Supportive Housing.

"It's really a massive undertaking that has the City's entire focus now," she said.

According to San Francisco's Human Services Agency, the City currently has 10 hotels, with almost 1,892 rooms available for the homeless, vulnerable populations, and front-line first responders.

"For each site, the city and non-profit staffing have to staff up immediately, visit the site, understand the site, staff enough people, everything from monitoring to security to medical, to counselors to all of the supplies that need to be on site, thinking about meals and hygiene, accessibility for people in wheelchairs," said Stewart-Kahn, who also described how complicated transportation is for all the hotel guests. "Which has proven particularly challenging because of the physical and social distancing required, so the buses have to be big, with very few people in them."

MSC South is now being converted into a recovery center, staffed by DPH doctors, nurses and social workers.

The mayor also announced earlier in the day an effort to provide some relief for San Francisco restaurants that have been forced to switch to delivery and takeout only. Many restaurants rely on third-party services like Uber Eats, Grubhub and DoorDash, to deliver orders. Those companies can charge the restaurants a fee, even if the fee is waived for customers. The City of San Francisco passed an emergency ordinance to cap that at 15%.

"This will make sure our restaurants are protected because we know during this pandemic, which we are not certain as to how long it will last, there are going to be a lot of restaurants who may not come back from this," said Mayor Breed.