- April 13, 2020
During a news conference last week, California Governor Gavin Newsom and Health and Human Services Secretary Dr. Mark Ghaly told the state's residents that internal modeling suggests California will hit its "peak" on the curve of the coronavirus pandemic sometime in mid-to-late May, despite widespread social distancing measures.

"We know that the bending or flattening of the curve means two things," Ghaly said. "It means our peak comes down, but it also means it goes further out. We move that lower and further out. So our thinking around May, and late May in particular, means it follows this idea of flattening. It's not just a reduction down, it's moving it out."
This projection is not in line with other models for California, including the highly influential IHME model used by policymakers at the federal level. 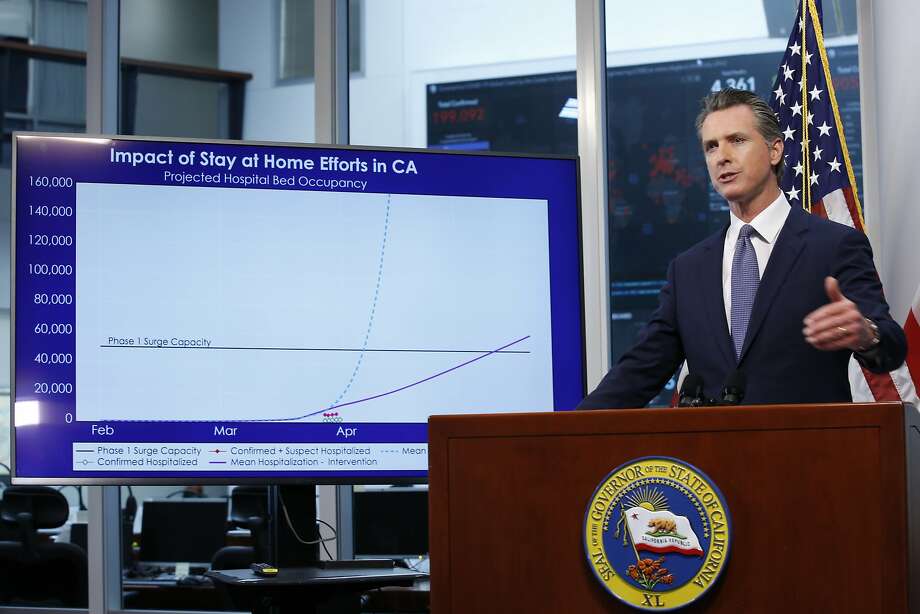