- April 02, 2020
Mayor Faulconer on Wednesday announced he is directing all vacant city property to be used to support an expected surge in COVID-19 patients.

“Hospitals will need all the help our community can offer,” he said. “We need all hands on deck.”

The properties involved could include city recreation centres, libraries, which are all closed, and even city parking lots, he said. They could be used as field hospitals, space  San Francisco News to conduct tests, and anything the state, county or hospitals need, Faulconer said.

An example of this is the SDCCU Stadium parking lot being used by the county Health and Human Services as a mobile testing center, the mayor said. 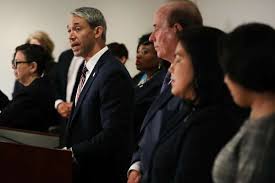 Earlier Wednesday, the Convention Center opened as a shelter for people experiencing homelessness. Some 400 people have moved there from the city’s downtown bridge shelters. The next step is to move more homeless individuals downtown from other bridge shelters, Faulconer said.

The mayor said he was in talks with state and federal officials, including Sen. Kamala Harris, about getting funding to move people into permanent housing once the pandemic is over.

He was also in talks with Gov. Gavin Newsom, former Govs. Gray Davis and Arnold Schwarzenegger about easing some regulations to help with the recovery Press Release Distribution Services In San Francisco effort for people affected financially by the pandemic.

Driving home the point that people need to stay home and only go out when necessary, Faulconer said, “Complacency is the enemy.”

If people ignore the shelter at home and social distancing orders, it could crash the hospital system because of the expected surge in cases in the coming weeks, he said.

“Everyone has the power to help stop this from happening,” Faulconer said.