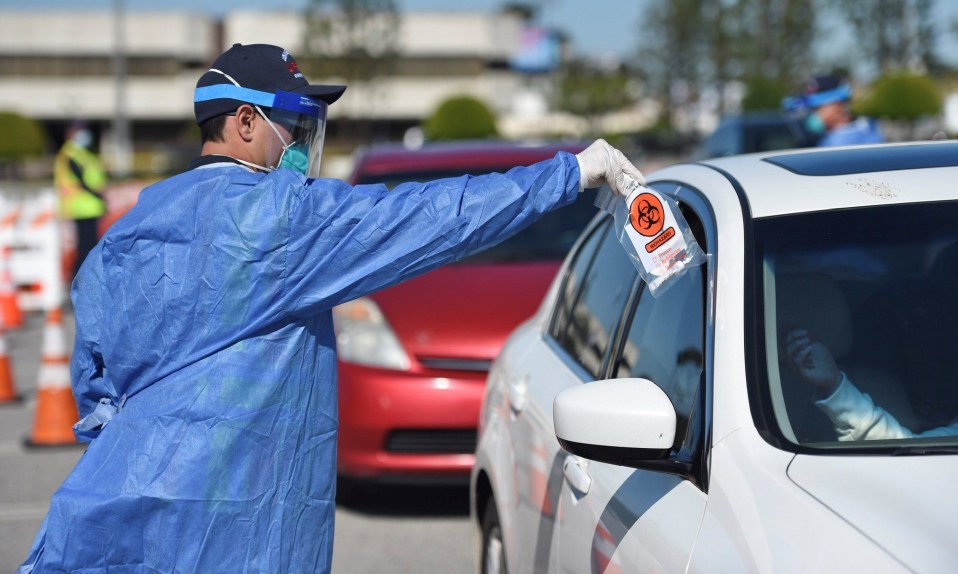 That’s almost half the rate in Pennsylvania, 12.4 per 1,000 residents, and Florida, 12.2 per 1,000 residents, and a third the rate in New York, 31.6 per 1,000 residents, the second-highest in the U.S. behind Rhode Island, with 32.8 per 1,000 residents.
Gov. Gavin Newsom acknowledged during his daily news briefing Monday that testing rates are short of where they need to be in California, but said that has been a focus of concern in his administration and that he expects testing to ramp up sharply in coming weeks.
Low rates of testing could prolong the economically devastating stay-home orders California and other states imposed to slow the virus’ spread and avoid overwhelming hospitals. Experts agree widespread testing is key to lifting those orders because it will allow health officials to isolate and monitor the infected and those exposed to them.
The first of Newsom’s six indicators in his plan for lifting his statewide stay-home order is the ability to monitor and protect communities through testing, tracking down and monitoring those who were in close contact with them, isolating, and supporting those who are infected or exposed.
And testing is also critical to the White House’s guidelines for Opening Up America Again. Those guidelines call for an ability to quickly set up safe and efficient screening and testing sites and to test those who don’t feel ill to screen for infections among those without symptoms.
J. Stephen Morrison, senior vice president at the Center for Strategic and International Studies, a Washington, D.C., nonprofit research group, and director of its Global Health Policy Center, said California’s lagging testing rate is odd given its early and earnest efforts to confront the pandemic.

“What’s puzzling about California is that you’ve had pretty strong mobilization at mayor’s level and also at the governor’s level,” Morrison said.
At least part of the issue for California and Texas is one of scale. California, with nearly 40 million residents, and Texas, with almost 29 million, are the nation’s most populous states, and among the largest by land area. With the availability of tests limited around the country, it is more challenging for the larger states to test a big share of their people than the smaller ones.
In fact, the analysis showed California has conducted more tests in total — 280,900 than almost any other state, trailing only New York’s 617,555, the most in the country. The Golden State has done more tests than Florida, with 260,764, Texas, with 182,710 and Pennsylvania, with 158,854.
Morrison noted that New York’s outbreak was largely concentrated in densely populated New York City, and was more severe than California’s. That, he said, enabled New York to concentrate its efforts and drew national focus to the severity of the state’s plight.
The AP analysis also suggested some states are focusing their tests more on those likely to be ill than others.
More Information
Click Here