The Big 'Lies' About Our Economic Prospects

In the spring of 2007 I hosted a conference for a group of Insurance Professionals. One of the most popular speakers was my old friend the economist Roger Martin-Fagg. He was his usual entertaining self, but took everyone by surprise by suggesting that the world economy was on the brink of a meltdown the like of which we had never seen before, and it was going to happen soon - probably within 12 months. Yes, he predicted the financial crash of 2008 a year before it actually happened.

Now in Spring 2007 the world economy was doing very nicely thank you. Following three consecutive years of good growth, averaging 3.8% it was expected to fall only slightly in 2007 to 3.6%. Meanwhile, the UK was doing pretty well too. House prices had risen from an average of £150,633 in January 2005 to £184,330 in May 2007 - a rise of 22.4%, whilst wages grew by an average of over 5% per annum between 2004 and 2007. Inflation on the other hand was under control and only rose by an average of 3.25% in the same period. Furthermore, between 2003 and 2007 the FTSE All-Share Index grew by 49%, so overall everyone was feeling pretty optimistic about the prospects for the future. No one, other than Roger was saying anything about a recession, never mind a full-blown crash! 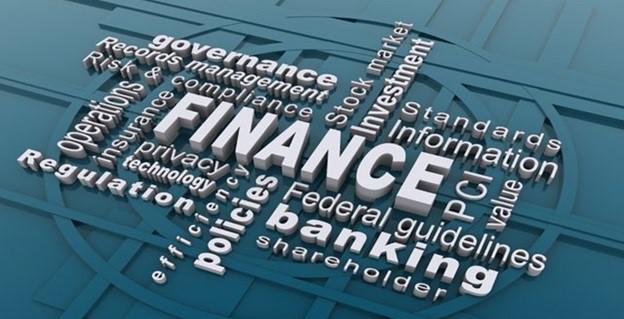 So, when Roger issued his dire warning, the overwhelming response was to laugh it off - in the same way that we would laugh at a soothsayer predicting the end of the world. Eccentric yes, and likely to happen eventually, just not anytime soon.

You can imagine that those of us who were there in 2007 are far less likely to write off Roger's opinions now than we would have done previously.

I was therefore pleasantly surprised, and heartened to receive his latest Economic update, penned on 16 June. Once again he is at odds with the mainstream view, and indeed is critical of others talking world economic prospects down. He opens his piece by saying that the press is being irresponsible in the way it is reporting our economic outlook. His opening paragraph reads:

"Last weekend the Daily Telegraph had a banner headline: 'Britain's biggest ever collapse in GDP wipes out 18 years of growth'. This statement is completely wrong. I am concerned that individuals who are trying to make the right judgment call are being fed this nonsense. To be clear: 18 years ago our GDP was £1 trillion. It is now £2.2 trillion. The reduction in spending in April was 20% on the previous April. The monthly flow of spending averages £200bn. 20% of that is £40bn. The media, as we know, impact emotion and decision-making. That Telegraph article is therefore both Economically Illiterate and Irresponsible."

Wow! Hard hitting stuff. And the perpetuation of such comments is still evident a week later. In the Sunday Times on 21 June Sajid Javid is quoted as saying:

"We've seen a 25% fall in GDP in two months. To put that in some perspective, that is 18 years of growth wiped out in two months."

And that's from our erstwhile Chancellor of the Exchequer, who should be anything but economically illiterate!

In his update Roger goes on to suggest that, despite what the world and his wife are saying, we are not going to have a recession. Indeed, whilst he acknowledges that quarter 2 of 2020 will be significantly negative, he expects quarter 3 to be significantly positive, and predicts that the UK economy could grow by 8.5% in 2021, with the World economy back to 2.5% growth next year too.

His argument is that the fundamentals for a recession don't exist in the same way as they did for previous recessions; rising prices and interest rates squeezing individuals and companies alike in 1979 and 1989, and banks stopping lending in 2008. The common factor is a shortage of money available, and that's not the case this time around. Households have seen a reduction in income, but a larger fall in what they've spent, and the UK Government is spending an extra £40bn a month pumping new money into the system, so no shortage here. Roger predicts a mini boom to take off in the next few months as a result of this excess cash in the system, with the only thing that could dampen it being the media reporting company closures, an increase in the R well above 1, and stories of mass redundancies.

I don't propose to reproduce all Roger's arguments here - you can read the whole article at https://www.ellisbates.com/news/june-2020-economic-update/ to get the complete picture, but I would say his reasoning and logic are very persuasive. And I for one would not bet against him. I also fully endorse his condemnation of sensationalist reporting in the media. They have to take more responsibility for the message they send out as, rightly or wrongly, people do listen to them. A more even-handed and less melodramatic approach to reporting would benefit us all. After all, we all know the power of 'fake news' by now, don't we?