California passed Prop. 24. Here's what that means for your privacy.

On its surface, the premise of Proposition 24 is simple: to protect California’s existing consumer privacy laws by preventing companies from being able to collect and share your personal data without prior consent or knowledge.

It also guarantees the implementation of a state agency costing $10 million a year that will enforce privacy protection laws, and creates new classifications of sensitive information such as race and sexual orientation, explicitly barring companies from accessing such data.

Voters passed the measure in this year’s general election with a 56.2% majority vote. However, critics aren’t so sure it will fulfill its promise.

Prop. 24 began as the California Consumer Privacy Act, a ballot initiative introduced by Alastair Mactaggart, who is a real estate developer based in San Francisco. He was inspired to write the initiative in 2017 after a conversation he had with a Google engineer at a cocktail party in the Oakland Hills. The engineer disclosed that the online advertising industry was tracking users’ locations, spending habits and other information to sell more targeted ads.

“He said, 'You'd be terrified if you knew how much we knew about everybody,'” Mactaggart told KQED in an episode of its “Bay Curious” podcast last month. 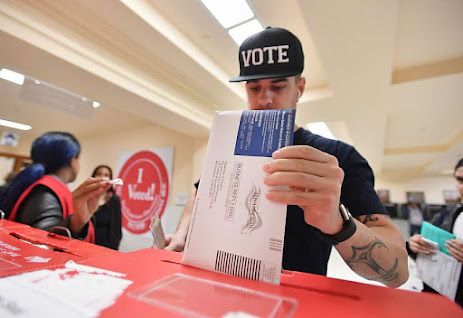 The California Consumer Privacy Act passed in 2018, but it wasn’t enforced until July 2020. Meanwhile, Mactaggart spent more than $6.2 million campaigning for Prop. 24, a proposed expansion of the initiative. It had the support of several advocates including former Democratic presidential candidate Andrew Yang, U.S. Rep. Ro Khanna and Jim Steyer, CEO of Common Sense Media.

Steyer said the measure would increase protections for online consumers under the age of 16 and increase fines for companies violating children’s privacy laws. And the NAACP of California argued Prop. 24’s protection of personal information would prevent companies from using online racial profiling to discriminate against consumers.

But critics, including the California Nurses Association, the American Civil Liberties Union of Northern California and the Consumer Federation of California, believe Prop. 24 has several flaws and needs to be built upon in order to work effectively.

According to the ACLU, exceptions and loopholes within the measure could make it increasingly difficult for consumers to protect their privacy, particularly those in working families and marginalized communities. They say one exception allows internet service providers to charge people more if they opt out from selling their personal information.

Another exception weakens privacy protections for Californians when they travel. The passing of Prop. 24 also means companies will be exempt from adhering to the California Consumer Privacy Act if they buy, sell, or share the personal information of 100,000 or more households — a threshold that was increased from 50,000.

“Californians shouldn’t have to pay for privacy, particularly when the California Constitution guarantees privacy as an inalienable right,” writes the ACLU. “This is even more essential due to the COVID-19 pandemic; online privacy is more important than ever with Californians spending more time learning, working, and shopping online.”

Amendments to the California Consumer Privacy Act won’t be enforced until 2023. In the meantime, a California Privacy Protection Agency working in collaboration with the state attorney general’s office will need to be established and funded. Businesses will also be required to enact new policies in order to comply with the modified legislation.