At the end of the first week of November, the Ethereum Foundation initiated the first process of the highly anticipated Ethereum 2.0 (ETH 2.0) upgrade specifications, which detailed the initial rules of the genesis phase 0. The genesis phase 0 contract specification noted that there needed to be approximately 524,288 ETH and at least 16,384 validators to invoke the proof-of-stake process. 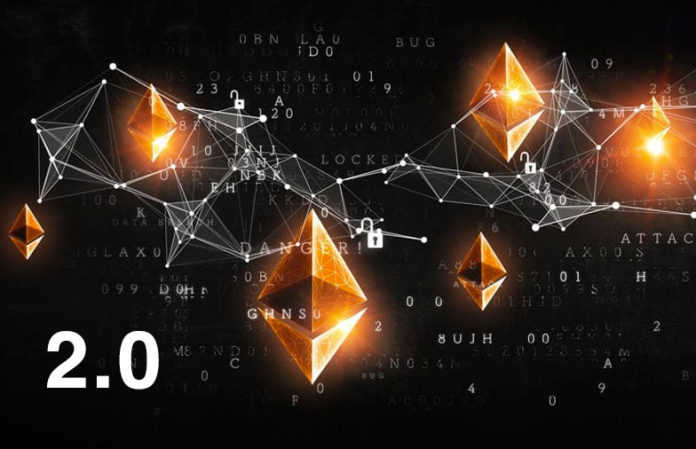 The requirements needed to kickstart Ethereum 2.0 for December 1, mandated that the threshold be met by November 24, 2020. Additionally, a web portal called Launch Pad was published so users can learn how to be an ETH validator and secure the blockchain.

The requirements needed to spark the genesis phase 0 process were officially completed on the 24th and there’s now 694,368 ether worth $422 million in the contract.

The contract address has seen approximately 16,736 transactions of around 32 ether per transaction. 32 ETH is what is needed to become a validator and earn a stake on the Ethereum chain. At the current exchange rate of $608 per ether, it costs close to $20k per staking validator. Roughly the last 25% of the ether needed to meet the threshold was deposited into the contract in less than a four-hour timespan.

Screenshot from an editorial called “The Genesis of a Beacon Chain” written by Ben Edgington.

Following the deposit milestone, a great number of Ethereum proponents and developers celebrated. “We reached it,” said Ethereum 2.0 R&D member Hsiao-Wei Wang. “Thanks to all the Eth2 teams and the community that wrote the history. And thanks to the Ethereum critics who made us stronger. Don’t forget to update your Eth2 client in a couple days,” Wang added.

We have liftoff. Thank you to the devs, the researchers, educators, and community members who made this happen.

Many Ethereum supporters also understand that the Ethereum 2.0 genesis phase 0 will initially start with the “Beacon” blockchain, a baby-step that will make it so the upgrade will have less of an impact on the main network. The ETH 2.0 upgrade will start in seven days’ time and the Beacon chain will begin the first of four initial phases.

Estimates say that Ethereum 2.0 validators could earn about 20% in annualized rewards. After the requirements were filled, Ethereum proponent Tom Shaughnessy said that the Ethereum 2.0 launch “got more attention in an hour than every other layer 1 did this entire year put together.”

Ethereum Foundation member Hudson Jameson tweeted about how the Ethereum 2.0 Beacon chain launch will happen the day prior, and what needs to happen in order to create a successful launch.

“The beacon chain marks the beginning of the transition to Eth 2.0, but that doesn’t mean that everything immediately changes,” Jameson wrote. “Eth 2.0 is a multi-year process and the first few pieces of that process won’t heavily affect the current Ethereum mainnet.”

Jameson also stressed that whatever happens, the Ethereum community should be impressed with the Ethereum 2.0 development team. He also explained when he thought the Beacon chain launch would begin.

“My opinion (not an official stance of the Ethereum Foundation) is that we will launch between December 1st and December 5th,” Jameson concluded. “I base this on how quickly deposits are coming in as of the last 48 hours.”

At the time of publication, ethereum (ETH) is trading for $608 per ether, as the token has gained 26% during the last seven days and 49% in the last 30 days.