The Dodd-Frank Act already recognizes a broad and longstanding anti-discrimination principle that individuals are entitled to be treated fairly by national banks. The Office of the Comptroller of the Currency’s (OCC) proposed rule change now seeks to end the persistent discrimination against “disfavored” businesses like crypto companies. The OCC action would have the force and effect of law and enable the agency to take supervisory or enforcement action, when appropriate. 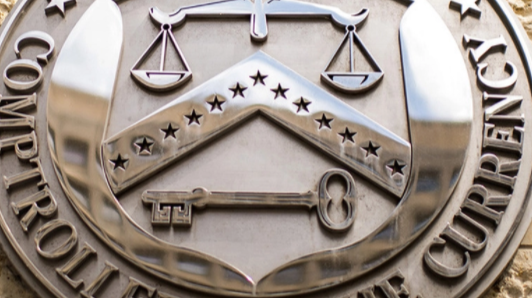 In a public notice on the proposed rule change, the OCC argues that “some large banks continue to employ category-based risk evaluations to deny customers access to financial services.” Apparently, banks have continued with the practice despite previous calls by the OCC for them to “make the services they do offer available to all customers except to the extent that risk factors particular to an individual customer dictate otherwise.”

The OCC has said it wants banks to use the “principle of individual rather than category-based customer risk evaluation” and this has been “reinforced in numerous OCC reports, the testimony of OCC officials, and other agency releases.” However, despite the repeated OCC reminders, banks have not taken heed due in part to pressure from certain organizations. According to the notice:

Banks are often reacting to pressure from advocates from across the political spectrum whose policy objectives are served when banks deny certain categories of customers access to financial services.

The OCC hopes to use the new powers gained from the rule changes to enforce provisions of the Dodd-Franck Act while thwarting powerful lobbyists.

Meanwhile, reacting to the OCC proposition is Marco Santori, the chief legal officer (CLO) at Kraken cryptocurrency exchange. Santori, who applauds the proposed rule change, claims that “crypto OGs know the single greatest impediment to widespread adoption has been and continues to be the lack of access to banking services.”

Specifically, Santori zeroes on the so-called “Operation Chokepoint“, an infamous plot by certain government agencies that “pressured banks to cut off access to financial services to disfavored (but not unlawful) sectors of the economy.” The OCC, which itself was not part of the plot, argues that the now exposed and discredited operation cannot be the basis for denial of access to financial services.

In a Twitter thread, Santori states that “in its early days, bitcoin was caught up in Operation Chokepoint, and crypto more broadly is still caught up today.” The CLO then gives one reason why it has been necessary for the “government to get to tell a private bank who it must and must not serve.”

Well, it was the gov that granted banks monopoly power over banking in the first place. If you support a free market, why object to the gov limiting the discretion of the monopolist? This proposal reins in the abusive consequences of the monopoly.

Santori says he is hopeful that “Democrats and other left leaners” will not object to the changes.